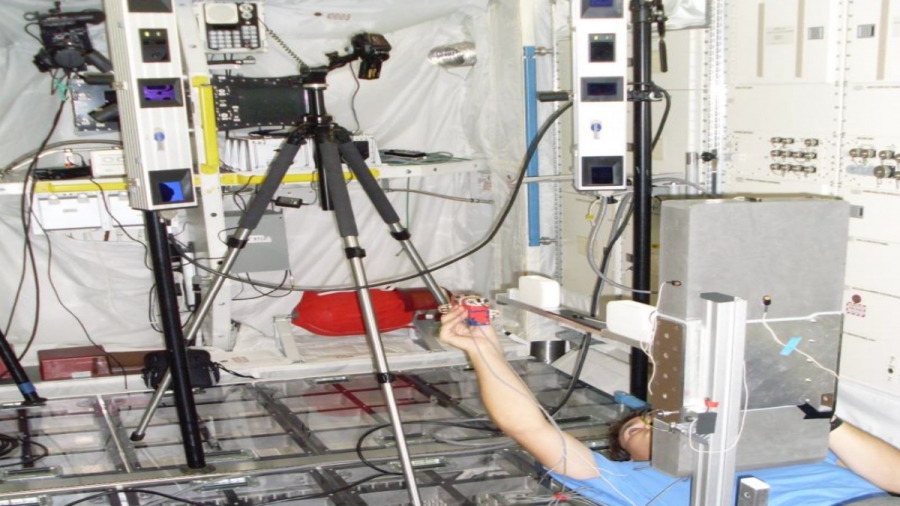 Codamotion systems have been approved for space flight by both NASA (USA) and the European Space Agency.

Following several years of intensive R&D, Codamotion’s 3D motion capture system was successfully launched into space in February 2017 aboard a Spacex Falcon 9 rocket from the historic launch complex 39A at Kennedy space centre in Florida (the same launch pad used for the Apollo moon missions). Two days later the Codamotion system arrived at the International Space Station aboard the Dragon resupply module and was successfully installed for use by Astronauts to study perceptual motor skills in microgravity.

Changes in gravity can be considered as perturbations to the performances of dexterous task, which somehow can be compensated by our brain through adaptive control. Preliminary results performed during exposure in microgravity in parabolic flight show that the central nervous system is able to adapt to the lack of gravity. Scientists also put in evidence that the anticipation of gravity’s effect persists in the short term. Through a long-duration space flight, the scientist team want to understand how the central nervous system adapts to an environment without gravity and what the consequences of long-term adaptation when an individual returns to a normal gravitational field (Earth) are.

The system consists of 2 CX1 Units, specially modified according to the space station constraints. Markers will record the hand and arm movements, head position and orientation and the linear acceleration and rotational velocity of a manipulandum the subject is asked to use. Codamotion’s RTNet and SDK software has been incorporated into the mission’s main computer systems to perform the necessary experiments and to record and analyse data.

What are the special modifications? The main modifications are to replace insulation materials to prevent outgasing in the vacuum of space, and protective coatings on circuit board components and on glass windows to prevent glass fragments floating away in zero-gravity in the case of accidental breakage. The basic construction of the system is exactly as we sell it as standard product. If it can withstand the knocks and bangs of a rocket launch and the severe heat cycling of a space mission, you know our system is going to perform reliably in your laboratory.

Codamotion is a supplier of motion capture equipment to the academic research, clinical and other related life science markets, with the goal of enhancing lives.